David Porter is enthusiastic about the diversity of the Archway Road

There are about twenty thousand of us living in Highgate and I think each one of us has our own version of the place: 20,000 personalised mini-Highgates. One of the most interesting things about being part of the Forum is seeing people’s sense of what constitutes Highgate change as we all get to know more. In particular, the realisation that Archway Road is a rather amazing place, a real community asset.

Considered by many, and by many in power, to be merely a trunk route through Highgate, it has a rather extraordinary mystery to it. In the middle is the hidden and disused overground station, lost behind trees. There are two locally listed parades of shops – one opposite the tube and the other, with high gothic arches and balconies, runs South from the Winchester, Highgate’s only hotel. Like a lot of Archway Road, run down and somewhat neglected, but not beyond restoration to their previous magnificence.

I recently went to buy a new bicycle pump and found I had a choice of shops that could do this. I can get my laptop repaired, get a new front door made to measure, and while I am in made-to-measure mood, get bespoke rock-star garments – all in Archway Road. I can eat the cuisine from a dozen countries (all independents too). But is it really a shopping street? It is actually an undercover business zone, with many of the businesses running from previously shop premises, and others from workshops behind. There are three places of worship, and then culture too – Jackson’s Lane, the Boogaloo and the Red Hedgehog.

Our big surprise has been to find how many people live on Archway Road (we are still counting) – obvious of course, but not only is Archway Road a business zone, it is a high density and very diverse residential district – usually small flats and often in run-down properties, but affording housing to people who otherwise would not be in Highgate.

One striking change over the last couple of years has been the willingness of people to sit out on the pavement and drink coffee, read a newspaper or talk, despite the heavy traffic trundling by. In the late summer the lady who runs the stained glass shop moved her workbench out on the pavement to take in the sun while she worked. And on the balconies above, people were firing up barbeques.

So yes, this is the Great North Road, and a great asset that helps make Highgate a more complex, diverse and dynamic place.

← Community Planning workshops Join us and have your say on Highgate's future! → 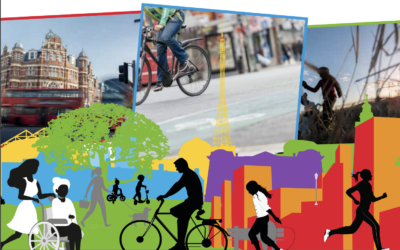 A number of HNF Committee members have commented on this Action Plan. We hope their thoughts will encourage others to comment on the Plan  and, of course, influence Haringey’s future policy. Maggy Meade-King, HNF Secretary and lead HNF Green Working Party We welcome...

Our response to the Haringey Local Plan consultation