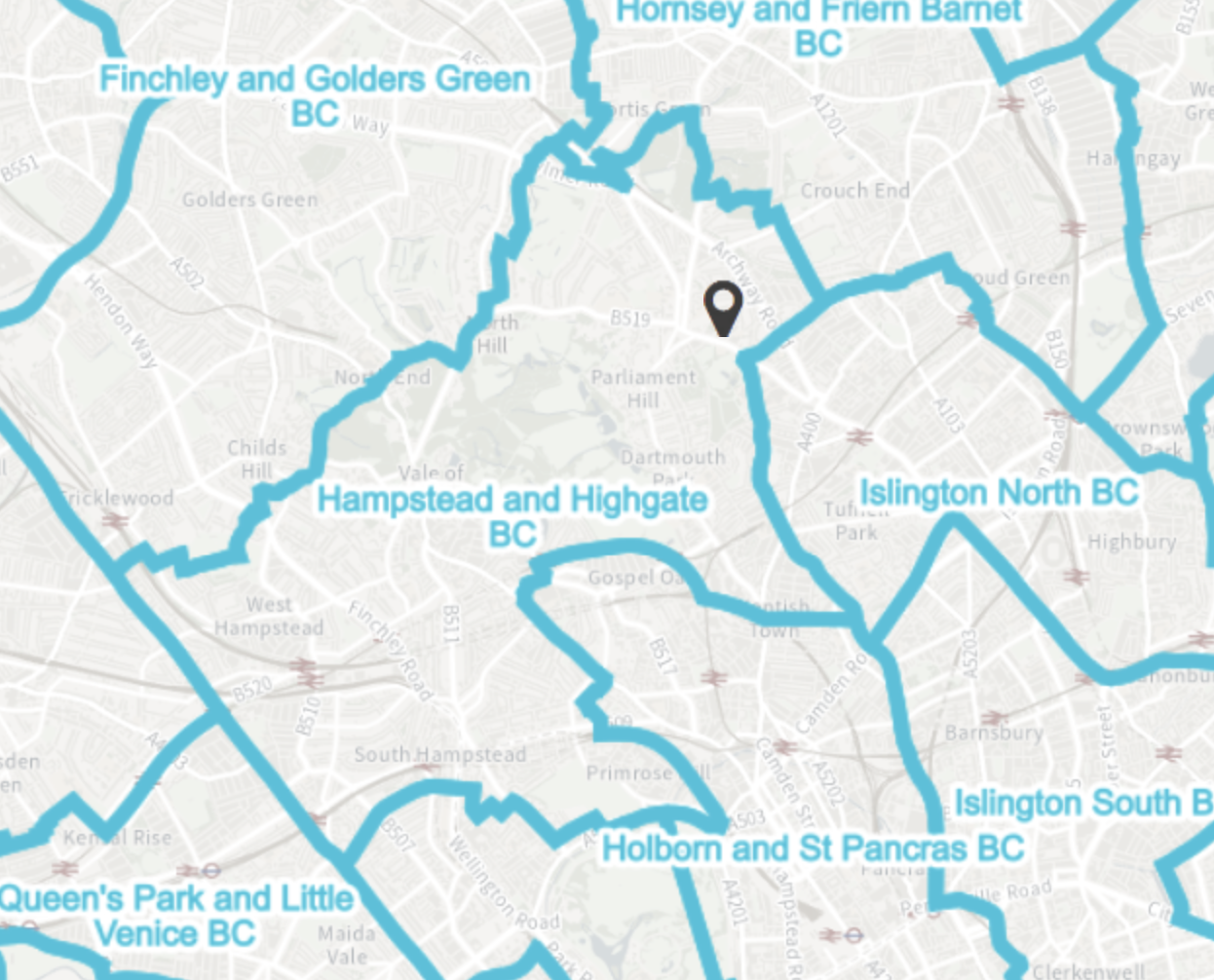 In future reviews of borough boundaries – as we have long argued – we hope that you will continue the good work by discontinuing the the archaic split of Highgate between two Boroughs. Highgate has existed as a community for far longer than either Camden or Haringey and the success of our Neighbourhood Plan has demonstrated that we are  a competent and united  community. Given your parliamentary constituency decision, it would now make sense for the whole of Highgate to be included in the London Borough of Camden.

For background, the following was our July 2021 response to the original consultation when different constituencies were proposed:

Highgate has been a community and a geographical entity since the 14th century. Unfortunately, the toll road built by the Bishop of London at that time has been used as an administrative boundary dividing our community ever since. To the South, Highgate lay in the parish of St Pancras and eventually became part of the Borough of Camden. To the North, it was part of Hornsey and now Haringey Council.

The people of Highgate have been campaigning to be treated as one community for many, many years – most notably since the formation of The Highgate Society in 1966 and, more recently, with the designation of the Highgate Neighbourhood Forum (HNF) by both Boroughs in 2012. Our Neighbourhood Plan (NP made in 2017) has as part of its Vision:

“For many years Highgate has been divided by the Camden/Haringey Borough boundary. Our Vision is to unite the community across this artificial administrative border to deliver a more cohesive and joined up approach on planning and transport policies.”

So, of course, we were disappointed to see that your Review recommendations have once again divided our neighbourhood along this anachronistic, artificial and illogical boundary.

Despite our unifying NP, we still find it difficult to persuade our two Councils to work together on important planning and transport issues and – as we are on the edge of both – they still ‘forget’ us when making cross borough plans for matters like cycling.

We urge you to reconsider and find a way to include the whole of Highgate in one constituency and, in the future to include it in one borough.

We would like the whole of the Highgate Area (see map: https://forhighgate.org/about-hnf/plan/ and below) to be placed in the proposed Kentish Town and Bloomsbury constituency. Your Review is already proposing to put the Camden part of Highgate into that constituency, and we would argue that the whole of Highgate belongs there. We are an Inner London area – not a leafy suburb – and our concerns, such as biodiversity, pollution, traffic, affordable housing and public transport, reflect this. We are already working with our neighbouring forums in Archway, Crouch End, Hampstead, Dartmouth Park and Kentish Town on many of these issues. In contrast, we have no connections with Barnet, Finchley or even Muswell Hill (as the latter has no neighbourhood forum).

Highgate has historically been linked with Central London, first as a country retreat for City gentry and then as a place for Londoners of all stripes to enjoy fresh air and fun. It became a commuter village for the professional classes long before the term commuter was invented. Today, our links – culturally and practically – are to the South, to Camden and the proposed Kentish Town and Bloomsbury constituency.

We request that you re-assess your Boundary Review to include the whole of Highgate in the proposed Kentish Town and Bloomsbury constituency.