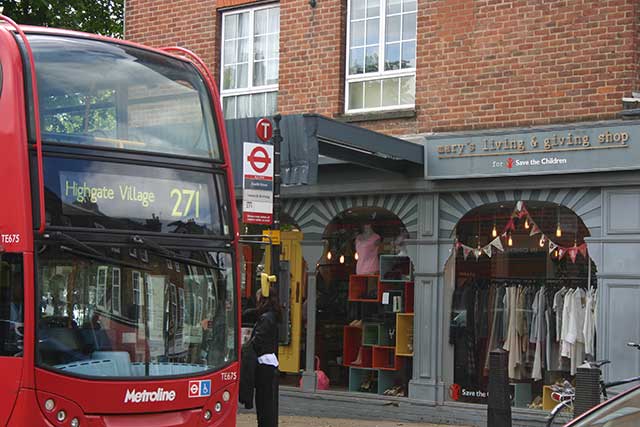 The Forum offers its strong support for moving the 271 terminus to North Road as set out in the proposed a scheme – https://consultations.tfl.gov.uk/buses/route-271

Our aims have been to:
• Improve bus interconnections, and facilitate east-west journeys
• Improve the look of North Road
• Remove the 271 terminus from the High Street/South Grove
• Stop the 214 making its dangerous turn outside St Michael’s primary school
• Make Highgate safer for all but especially pedestrians and bus users
• Have no loss of parking spaces

We feel that the proposal does a good job of achieving many of these within the constraints that exist. We are disappointed that the route could not be extended to the Wellington gyratory but appreciate the efforts TfL has made to get to the current proposal on the table. There are issues that could be addressed to improve the scheme.

Please consider:
1) Redesign the new roundabout so that it facilitates the bus turn around only and is not for vehicles heading south to return north. In effect the end of the enhanced central reservation can be built into the half-roundabout. (South bound vehicles wanting to turn north can already turn outside St Michaels or the Gatehouse.) This should reduce the risk of delay and road blockage. We propose no changes to priority or other road markings (as set out in the proposal) as a result of this.

2) Further and consequent to the point above, consider moving the new mini-roundabout a few metres south (towards the Gatehouse) to move away from the Red Lion pub, school entrance and garage. The final street light in the central reservation could be suppressed. We welcome the news that hybrid low emission buses could be in Highgate within a couple of years of the scheme being brought into effect.

3) Street furniture needs (indicator boards, seats, shelters, bins etc) on the east side to be discussed with the school. The proposed shelter on the west side of North Road could be suppressed.

4) Stops B and Z1 to be moved a few metres closer to the roundabout (about 10m is possible?), away from the pelican crossing and to block less light from the classrooms. Bus stops to be shortened as much as possible (cut to be less than 40m compared to the planned 54m?).

5) There is a fear that the narrower road and all the other improvements, while welcome, make it easier for the road to get blocked by inconsiderate delivery vehicles, emergency vehicles, double parking etc. Is it possible for part of the greened central reservation to be paved with the tegula setts? The central reservation need not be a straight edge – where there are no trees the edge could be curved, making it easier for an emergency vehicle to pass.

6) We would also ask that bike park racks are not placed on the newly extended pavement sections on the east of North Road. Currently that prohibited space acts as a stopping place for emergency vehicles. Instead of being built up can the areas of pavements at each of the echelon parking be raised setts? There would be space for bike racks on the existing pavement.

Behavioral issues:
1) Bus engines to be switched off at all times when parked.

2) No drivers to smoke within sight of the school/pupils.

 3) Default is that the 271 double deckers be parked in Z1. If a 271 arriving at the empty bus stop is the next bus to go, but not for some minutes, it can easily wait near the roundabout, again keeping it away from the school rooms.

4) In light of the potential for the narrower road to get blocked more easily, what support can TfL offer to help the community get enhanced enforcement of parking by the council or longer CPZ hours?

5) We would hope that the in-bus announcements could be clarified for Highgate to make it clear that the bus has reached the centre of Highgate village.

Outside the immediate area of consultation:
1) Who owns the land under the current 271 terminus? And do any plans exist for its future use?

2) We understand that the plan is to stop the 271 as it heads north up the High Street where the 210 and 143 currently stop. We note that there are no street markings indicating the southbound bus stop on the High Street. We feel that such markings would improve the traffic flow in that area – and will be needed more if an extra bus is stopping there.

The Forum would be disappointed if many of the features in the proposal designed to improve the look of the area (for example the greening), to slow traffic (we are concerned about speeding on North Road out of peak hours) and to improve safety (especially the pavement area around Castle Yard and St Michael’s) were watered down.

← Putting bins away Road safety and speeds in Highgate → 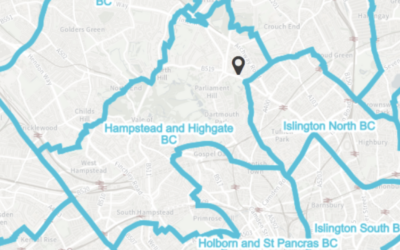