Thanks to the generosity of Highgate residents we were able to collect enough money to have a second round of air quality testing. We have spent the last few days putting up sensors. We will have the results in about six weeks.

The results of last year’s exercise showed that Highgate’s two main thoroughfares – Highgate Hill and into the High Street, and Archway Road – had pollution at or just over the legal limit. (That blog also explained the background to this exercise and the implications of the results.) It’ll be interesting to see how the results compare when we have them – the diffusion tubes remain out for three to four weeks and then they are sent for processing.

Last year the sensors were placed fairly evenly over the whole Forum area. This time we have focused on the areas where pollution is higher (see the map below). We expected the levels of NO2 to dissipate as you move away from the roads. This would be expected given traffic is the main source in our area. But it was surprising to see how quickly the levels fell. This time we have placed the sensors to try to test just how quickly levels reduce. For example, we have placed sensors in the middle of a road, at the edge of a road and in a garden. We are testing how the pollution moves into homes and shops and gets into back gardens of properties on main roads. We have put sensors at different heights to see what, if any, difference it makes. We have also put sensors near all the main schools and nurseries. 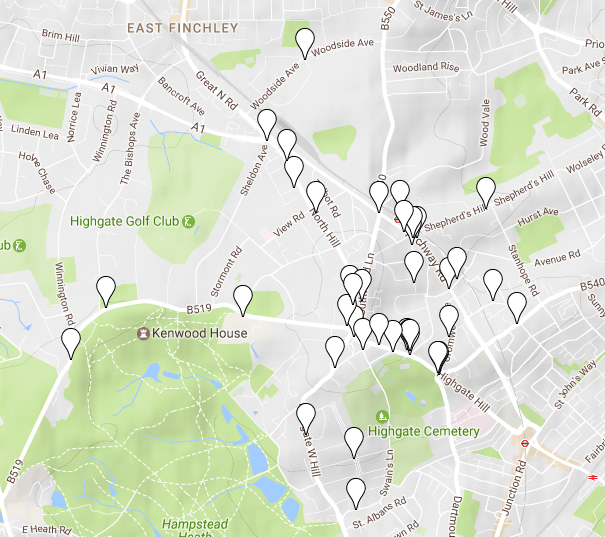 I’d like to thank Ian Henghes, Roch Briscoe and Marjolaine Briscoe for helping to put up the sensors. 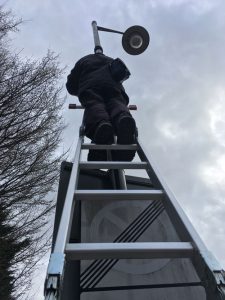 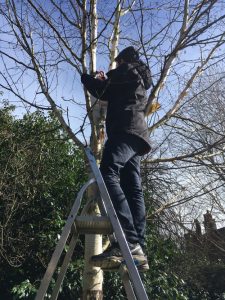